From my 'Nam file 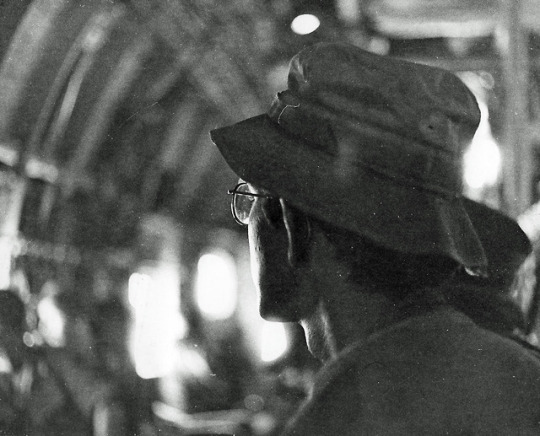 One story I wrote for the "Red Devil" Brigade newspaper in Quang Tri, Vietnam was about an event that was always top of mind. As they approached the end of their tour, they became "short-timers"...and counted down the days left till they could board a military aircraft to return home.

This photo shows the soldier I focused on. I took it on board the C-130 aircraft carrying him to Saigon or DaNang or one of the places where they would transfer to a chartered civilian aircraft that would take him back to the U.S.

I wrote about the process he followed going home. In fact that was the title of he story:
"Going Home"

After I had taken my photos, I had to get back off the plane. My end of tour was more than eight months ahead of me.

I'll look for that story...if I have a copy of it.