First Time: a Beating, This Time An Escort 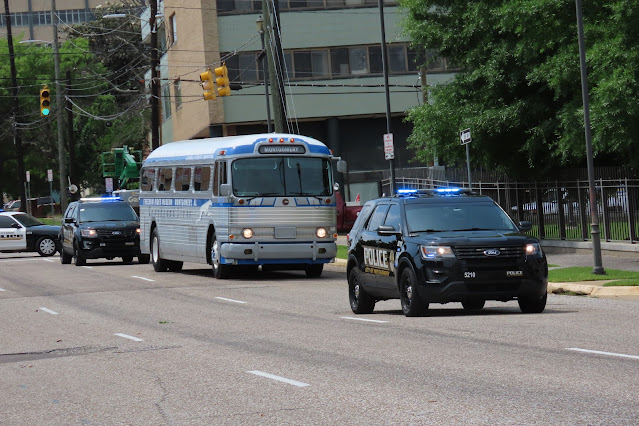 The first time a Freedom Rider Bus drove to the Montgomery Greyhound Station---in 1961---police abandoned the bus and its occupants. The KKK knew that would happen, and attacked.

On the 60th Anniversary, Montgomery Police escorted a restored bus of the same era to the station, now repurposed as The Freedom Riders Museum.